In the context of growing cities and environmental constraints, the management and delivery of freight in urban areas is a huge challenge for the twenty-first century. Citizens live under gridlock of smog and towns are blocked by congestion. The success of e-commerce and delivery services is likely to worsen the problem in the future. The four CIVITAS Urban Freight projects CityLab, Novelog, SUCCESS and U-Turn put the focus on different aspects of the overall problem to tackle these issues. The four projects cooperated throughout their whole lifespan and joined forces in autumn 2017 to organise a common final conference to reach as many stakeholders as possible and present their innovative solutions, methods and tools to improve urban logistics. 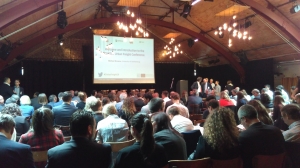 This CIVITAS Urban Freight Conference took place on 23rd and 24th of April 2018 at La Tricoterie in Brussels. The event was a real success and brought together over 150 stakeholders from the European Commission, universities and research centres, public authorities, industry and other fields. It also featured interactive dialogue with US stakeholders, including researchers, city representatives and the US Department of Transportation, currently partnering with the European Commission for the Urban Freight R&D Twinning Initiative.

The first conference day mainly focused on the key results and messages of the four projects and placed them into the context of current EU perspectives and strategies as well as necessary efforts to promote new cooperation models for engaging and supporting public-private partnerships for urban logistics. The second day mostly featured the projects’ tangible solutions and tools and was more interactive including a poster and networking session in the morning and several breakout sessions allowing discussions and debates between the projects and their external stakeholders. 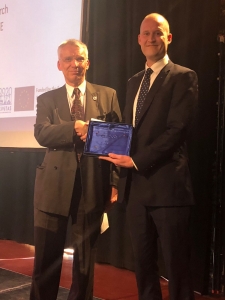 Besides the presentations of the SUCCESS project and its results, the conference was also the occasion to hand over the SUCCESS award on “Innovation in Construction Logistics policies in urban areas”. In autumn 2017, the SUCCESS project had organised a series of workshops with non-partner cities in order to transfer the project knowledge and allow cities to reflect their own situation with regard to construction logistics and to work on a roadmap aiming to implement some of the SUCCESS solutions. In this context, an analysis of the existing policy measures was carried out by the SUCCESS team to designate the most advanced of the twelve cities. The winner was Transport for London (TfL) thanks to their multiple actions aimed at fostering the construction sector transport efficiency, with an approach focused on research, guidance, regulation and enforcement as well as stakeholder engagement. Peter Binham, Freight and Fleet Project Manager at TfL, participated in the conference and received the award from Robert Missen, Head of Unit at DG MOVE’s research and innovation unit.

During the two conference days, the SUCCESS team also presented its tangible table allowing the real-time demonstration of the positive or negative impact policy measures such as for example the restriction of heavy vehicles to the city centre can have in reality. The table thus reveals if the measures are useful or might even generate the opposite through negative secondary effects. The tool attracted a lot of participants and was very requested throughout the whole duration of the conference thanks to its easily-understandable and visual approach. As in other conferences where the tangible table was presented, several delegates expressed their interest in this tool. 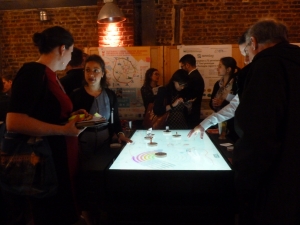 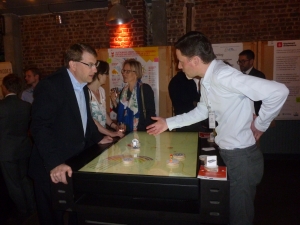 You can find all presentations and posters from the CIVITAS Urban Freight Conference here.

A camera team filmed the whole conference. Videos from all speakers and sessions are available here. The SUCCESS presentation can be watched here.